When I was visiting New York last January, I got to catch a concert of Jeremy Manasia. Such nice surprise! I first met him back in the time he was studying in The Hague about fifteen years ago. We all really looked up to him because of his nice playing. His concert in Smalls this year was flabbergasting, it really got to me. Later in the week we drank some coffees and talked about him coming to Holland for a little tour.

So here we are: May 2013 Jeremy’s coming to The Netherlands. First gigs are booked, more to come. Jeremy sent me some charts so we can make a little demo recording (without him, but with another amazing pianist: Bob Wijnen). I’m laying hands on a new composition and thinking of a nice arrangement of another. Plenty of work to be done!

But I don’t mind working hard, especially when you have a band as nice as this one. The line-up will be as following:

For those of you who read dutch: I wrote a little text about the project here.

Now back to work!

Triplicate had a nice littlegroup activity last week: a photoshoot with Piet Gispen. We took loads of photos, but this one represents us the most, we think. In the meanwhile a lot of work is being done on the new Triplicate website. It’ll be in the air soon with news, pictures, videos and a contest. 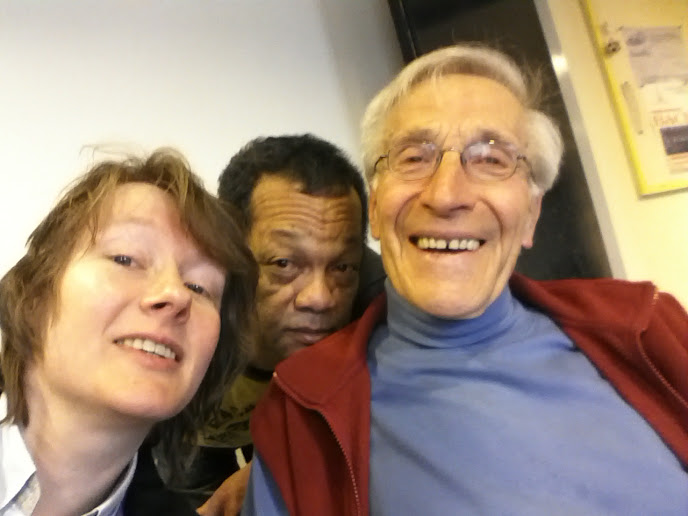 Next Thursday April 5th I’ll be featured for a whole hour in Jan Keur’s “spotlight on” program at Radio Capelle. I’ll be talking about and playing music of my compositions, my inspiration (Clifford!) my bands Triplicate and Alice in Dixieland. Broadcast will start at 10.00PM till midnight.

Post Scriptum: Last Saturday, April 14th Jan passed away. I wish all the best to all who cared for him. He’ll be missed!