I promised to write a daily update about my whereabouts in Ireland. The reason for me being here is a grand Noel Kelehan memorial in National Concert Hall tomorrow. Yesterday was my first day in Dublin, but – apart from the taxi driver having good memories of the club dates Kelehan would be playing fourty years ago – there isn’t that much of relevance to write about.

For that reason I’ll immediately skip to today, which was originally planned to be the big rehearsal day. In Ireland things never go as planned, so I was off all day, giving me time for a good workout and some socialising.

After that bass player and jazz educator Cormac O’Brian was as kind as to invite me to a Kenny Werner workshop. There were a few views that appealed to me very much. A lot of his ideas can also be found in his famous book ‘effortless mastery‘.

Kenny states it’s the thing to focus at one thing at a time and stay with that until you really master that. Don’t aim for the mediocre, but for real quality, even when it’s about only two bars to start with.

Also, teach yourself to practice with focus. In other words: quit as soon as your concentration is lacking so you won’t get used to an unconcentrated practise routine, but instead will learn to stretch the amount of time being focused.

Any chord with any bass note can resolve to any other chord with any other bass note. As long as the voice leading is right. It helps broadening your creativity to get some random elements into your improvisation. If you would practise just two of those chord progressions every week..

About patience: don’t expect anything to happen within a week, think months and persevere! It would be a terrible shame to quit only one day before breakthrough

And finally: you can think of practising as a square turned on it’s side. At the top stands effortless (read the book) then the other corners are perfect, right tempo and the whole thing. Effortless is always there, and from the others you can drop one for practising purposes. So you play the whole two bars you are working on perfectly but slow. Or perfectly and in the right tempo, but only the amount of notes that you can play effortlessly. Maybe that’s just two notes! Or you play all in the right tempo, but allow yourself to be sloppy.

Good ideas to work with! So now for a good night’s sleep before tomorrow’s rehearsals and concert. Looking forward! 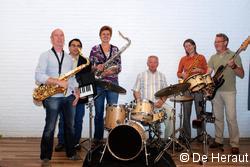 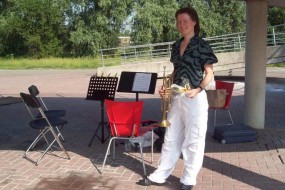