Being a musician nowadays means you have a lot of things to take care of besides just playing well. There are many side activities that are definitely part of the job and that take up a whole lot of time and energy. Being part of a team surely can speed up things. So that’s why Bob Wijnen, Cătălin Milea and I started a new collective: OFFBEAT.

Offbeat is a musicians’ collective offering a broad range of musical directions. Their goal is to spread news, knowledge, to promote their artistry, to create and expand their networking in the music field and other domains. As a team all members complement each other’s talents and compensate each other’s weaknesses.

We had our first introduction this year at the Ujazz Festival, where Cătălin and I turned a collective improvisation into a playful jazzquiz. Next April we’ll have a stand at Jazzahead where we’ll all promote our projects. But before that let’s officially launch this baby with a real

To really make a festive launch, we’re organizing a mini festival on March 15th in the Amsterdam Badcuyp.

The Bob Wijnen / Dezron Douglas Duo first played together last November in New York, when recording for Wijnens soon to be released album. The other musicians on that CD are by the way Peter Bernstein and Billy Drummond. You can expect a sneak peak of that repertoire!

Saxophonist and clarinettist Cătălin Milea and his Romanian Jazz Collective will be exploring the ‘song book’ of Romanian jazz, performing exclusively compositions of less known or even unknown Romanian jazz musicians. Considered subversive music during the Comunist period in Romania of the 70’s and the 80’s, ‘jazz’ was somehow a way of fighting against the regime. The legacy of this music is performed today by Romanian Jazz Collective, using a modern musical language through the group’s own arrangements.

Grand Finale will be the Unity Project: a tribute to the legendary Blue Note album of the same name (with Woody Shaw, Joe Henderson, Larry Young and Elvin Jones). Besides Ellister van der Molen and Bob Wijnen the striking appeances in this group are seventeen year old saxophonist Gideon Tazelaar and drummer Marcel Serierse.

Major newspaper NRC had a very nice review about the show I’m happy to see the press are as enthousiastic as we are ourselves! Isn’t it a great feeling to bring jazz to the theaters? NYRM is the biggest jazz production of this moment, with 11 musicians on stage and a narrator. Combining the power of word with historic film projections and an allstar line-up the production brings you back to the jazz clubs of New York in the ’50s.

December 14th several Amersfoort livingrooms open their doors for live music and together with Alexander Beets, Jan Reinen en Steve Zwanink I shall be taking part in this! When Alexander sent me the poster as a pdf I was almost shocked to have my picture so prominently featured! I guess I’ll have some expectations to live up to

Hope to see you all there!

I can’t wait to play with Jeremy, Jos and Matthias again!

Just a bit more than two weeks from now we’ll be hitting the North Sea Jazz Festival. I’m really excited! It’ll be a good crowd, since that very Saturday has been sold out for weeks already. Too bad for those who didn’t manage to buy their tickets on time. But I have good news for you: before we do that, we’ll play an extra show in The Hague with the same band to officially celebrate the release.

There’ll be good quality wines, special beers, little snacks and of course a beautiful grand piano to make sure the music sounds to it’s best.
Line-up:

The amount of seats is limited, so I do advise to buy your tickets in advance.
Hope to see you there! 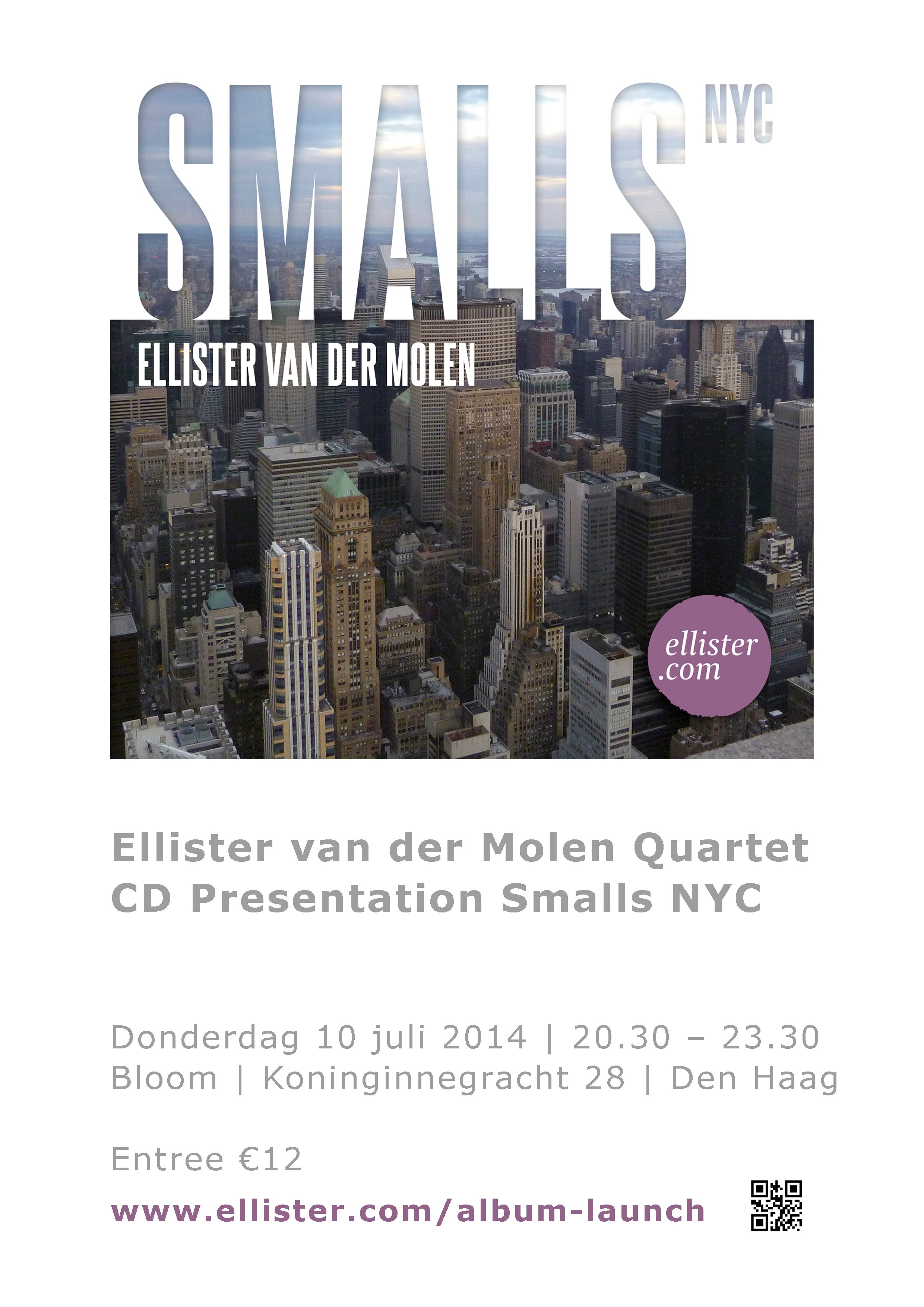 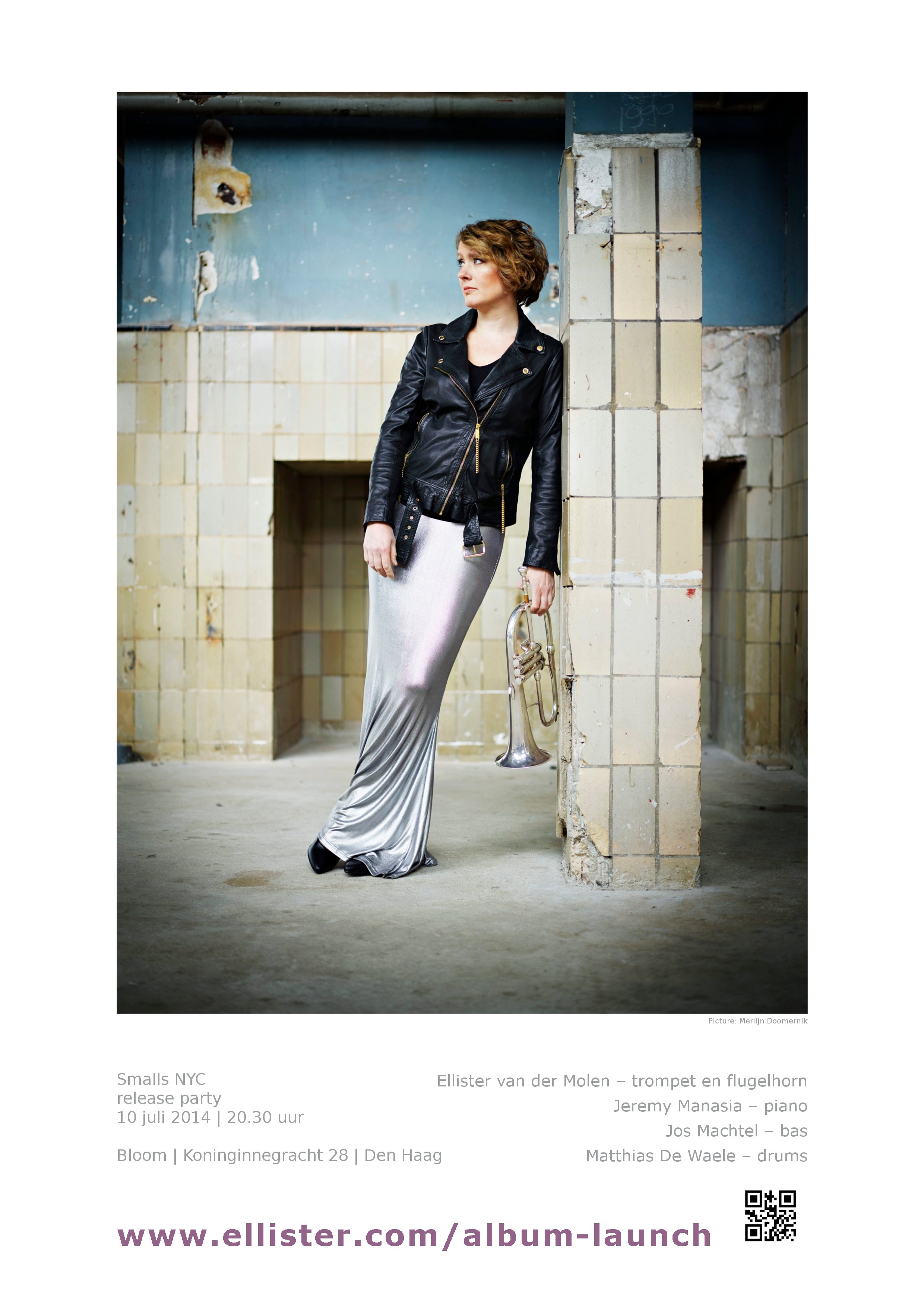 On July 12th the Ellister van der Molen Quartet will be performing at the North Sea Jazz Festival. Later today the complete NSJF program will be announced. I am so happy and proud to be part of it!

It fills us with pride and joy to announce that Triplicate is facing a great new challenge with the legendary saxophonist Rick Margitza! At the end of March he will be in Holland for a concert and workshops:

Saturday March 29 Triplicate is recording new video footage with Rick Margitza in The Hague. Although the registration is not open to the public, we do want to invite a select group of friends who are interested. Answer the following question if you want to have a look behind the scenes:

You can send an email to info@triplicate.nl and you might get an invitation!

Smalls in the media 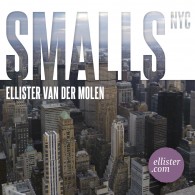 The first reviews of Smalls NYC are there. One of the major online jazz magazines in the Netherlands, Jazzflits praises the band’s relaxed and swinging performance and the modern approach of bebop. Rinus van der Heijden states in Jazzenzo that although the music is not revolutionary new, the level of playing is high and we all challenge each other to play exciting solos.

In the meanwhile we have been on the radio already a few times: Radio6 – Jazz in the morning, De Concertzender – Holland Jazz, Sublime FM – Dutch Jazz and several local radio stations.

Also curious how the cd sounds? You can stream the whole cd for free on the bottom of the product page and buy it if you decide you like it. 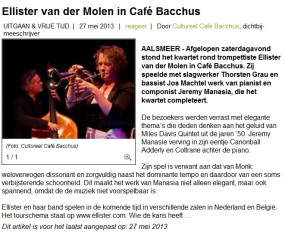