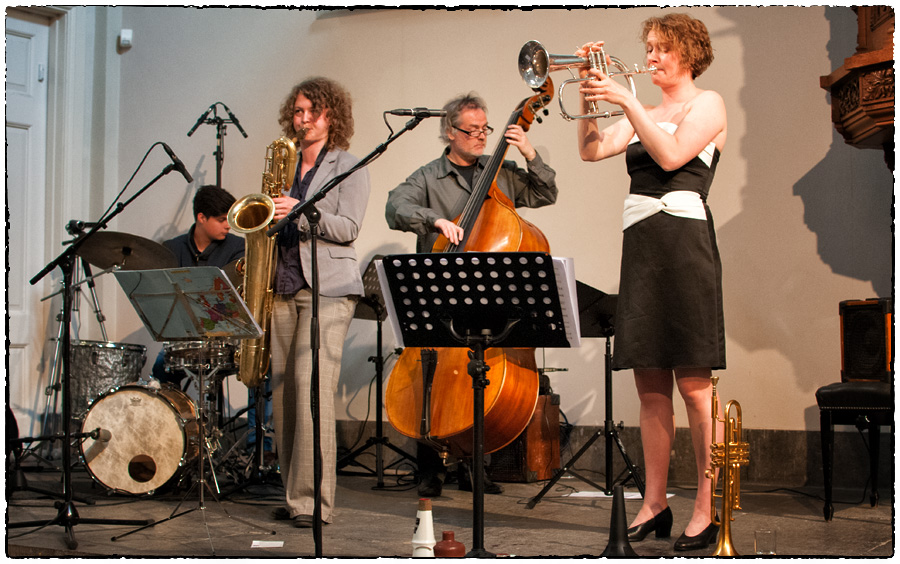 From 1952 on Gerry Mulligan has been experimenting with pianoless quartets. He believed omitting the piano would make the band to sound tighter. The best known recordings of this setup are those with Chet Baker, but Mulligan did the same trick with several West Coast musicians such as Lee Konitz, Bob Brookmeyer and Paul Desmond.

Trumpetplayer Art Farmer joined the band in 1959. The cooperation didn’t last for very long, since both players had other projects keeping them from the quartet (Mulligan founded the “Concert Jazz Band in the spring of ’60 and Farmer started the Jazztet together with tenorist Benny Golson). Fortunately they left some evidence in the form of several live recordings and a superb studio recording “What is there to say”.

The videos were shot at our concert in Jazzpodium Waterweg, Schiedam by Jeroen Ransijn.