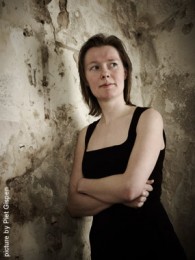 When visiting New York in 2011, I tried to not only visit as many great concerts as possible, but also to play at the famous jam sessions. My favourite hangout spot turned out to be Smalls, a small but reputable jazz club.

One of the bigger surprises was pianist Jeremy Manasia, to me a renewed acquaintance: fifteen years ago he studied at the Royal Conservatory of The Hague, as did I. Back in those days his music was extraordanary, now his articulated playing and fresh compositions left an even deeper impression.

The encounter in Smalls lead to the project Smalls NYC, with which we shall be touring next spring.

Jeremy Manasia has established himself in the demanding jazz scene of New York. He plays on a regular basis with big names such as Wayne Escoffery, Ryan Kisor and Joe Magnarelli. He just recently released his third trio album, containing originals only. Next to his playing carreer Jeremy is an awardwinning teacher at the world famous Manhattan School of Music.

Jos Machtel has been well-known for his tasteful bassgrooves for already several decades. He can be heard on dozens of cd’s with – amongst others – Benjamin Herman, Jesse van ruller, The Metropole Orchestra and the Brussels Jazz Orchestra, that he has been a part of for over ten years. Being a teacher at the conservatory of Leuven, he always has his eyes and ears open to scout and encourage young talent.

Matthias De Waele is one of the gifted young musicians at the conservatory of Leuven. Together with bassist Jos Machtel he forms a regal rhythm tandem, not only with Ellister4 but also with his band De Looze / Machtel / De Waele. Next to that he’s a steady member of the band PhD, with Peter Delannoye and Peter Hertmans.

Apologies, but no results were found for the requested archive. Perhaps searching will help find a related post.